A Full CI/CD Pipeline for Cloudflare Workers with CircleCI

After learning in our previous post how to deploy a Cloudflare worker using Github Actions, today’s tutorial features a guide for building a CI/CD pipeline for Cloudflare Workers using CircleCI. 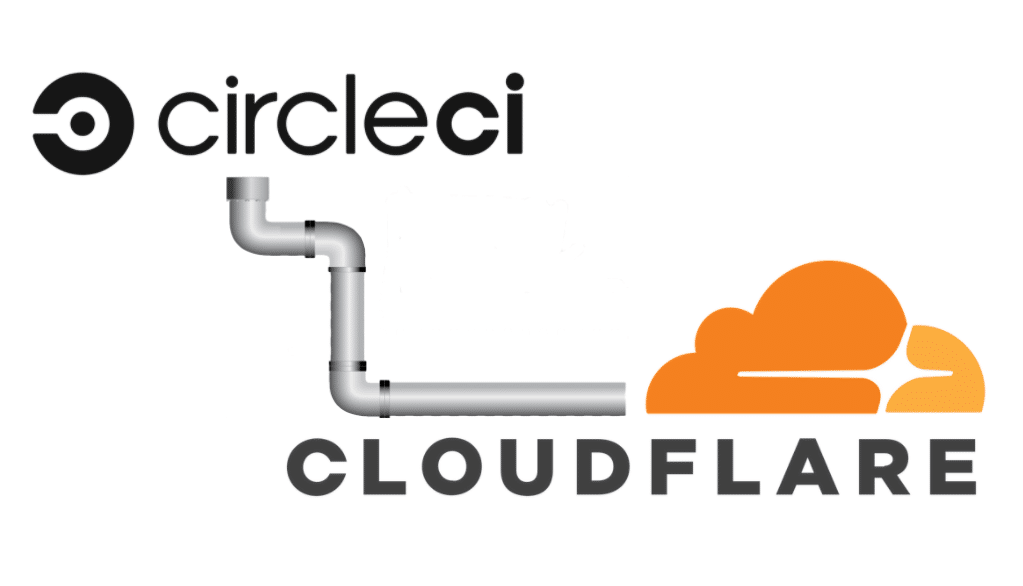 In this tutorial, we will be exploring how to build a CI/CD pipeline that publishes to the Cloudflare workers every time we push new code to our Github branch. CI/CD is a set of practices that allow us to develop, test and deploy our code at high speed, all without sacrificing code quality or service availability. CircleCI is a CI/CD tool that helps automating build, test and deployment of your code. It’s very user-friendly and has an intuitive interface. Cloudflare is a web performance and security company that provides online services to protect and accelerate websites online. One of their offered services is called “Cloudflare workers”. Cloudflare Workers are modeled on the Service Workers available in modern web browsers, however and unlike standard Service Workers, Cloudflare Workers run on Cloudflare servers, not in the user’s browser.

The first step to do is to install Wrangler using the following command. This can be done on your local computer or on your cloud server.

Next, we need to use Wrangler to generate a new project for us with a new directory that we can navigate to, and install necessary dependencies for the CI system.

To configure Wrangler, we simply need to edit the generated file wrangler.toml. The following file is the one we used in our test:

The components of this file are:

The name field which will also be the name of our project or script.

The type field which tells wrangler build how to build our project. For now we are working with a NodeJS project so we picked Javascript as a type.

The workers_dev which is a true/false flag used to determine if our worker will be deployed to our workers.dev subdomain (if set to true), or to another custom domain that is served by CloudFlare. Since we used a custom domain in this example, we set this flag to false.

The route key will represent a path pattern your worker will be served at.

Once we finished setting up Wrangler, we need to start configuring our CircleCI job. Reminder, this will get triggered when we merge new code to our Github repo. So to get started, we will create a config.yml file and store it in a folder called .circleci at the root of our project.
Here’s the config.yml file we used in our example:

The components of this file are described below:

version: This is the CircleCI platform version. 2.1 is the most recent version.
jobs : The jobs property that will list all the individual jobs within our workflow. In this example, we only have one which is deploy.
docker: This property indicates which docker image to use for the job. We will be using a prebuilt node image from CircleCI.
steps: The steps property is an ordered list of run directives that will execute in the same order in which they were declared. In our example, our first command is the checkout command, this will get us the branch code so that our subsequent steps can work with it. Next, we will install the dependencies and deploy the Cloudflare worker using Wrangler.
workflows: This property will allow us to manage how our defined jobs will run and what are their requirements. In this example, we will create a workflow named deploy that has one job also called deploy and that uses a context defined as cf-worker. A context will let us store environment variable as secrets and share them across CircleCI projects. More on the context feature shortly as we will need them for Wrangler to be able to connect to Cloudflare and deploy workers.

Connecting it all together

We can now simply add our code, and then push it to Github to trigger the workflow execution. CircleCI will automatically pick up the commit, execute the build steps and deploy our Cloudflare Worker.

It’s time for you to give it a try! If you missed our previous post on how to deploy Cloudflare Workers using Wrangler and Github Actions, you can find it here.

Can we do better? We are always open to suggestions on fine tuning our process and widening out our subject matter – especially at the request of a fellow coder.